I feel like I've learned so much in the past 20 days.  Forcing myself to take some time every day to knit has been so much fun.

Today's project was all about teaching the next generation.  My daughter has been doing some machine knitting, but not a lot.  I help her a lot and today I when she asked to make a hat for her Secret Santa person I thought she's going to do it herself.

We started out watching Diana's threading the machine video.  We moved on to watch the Open Cast on video and Diana's cast-on.  I thought it would be good for her to see that she's not just doing what Mom says, but what other's say on how to operate a knitting machine.

My daughter wanted to make a reversible hat.  I made one a while back and it was really nice.  This pattern is from Knittsings website. 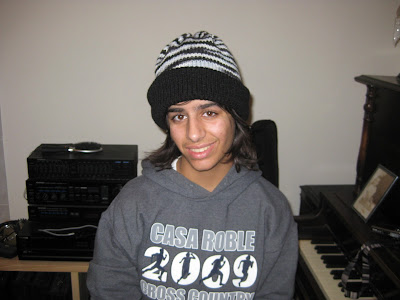 She did a great job making this hat.  Only had a couple "Mom I don't know what happened here" moments that were easily fixed.  She came out with a hat to be proud to give as a gift. 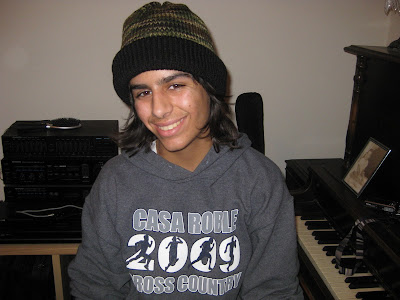