It's been sitting in a box in my craft room for years calling me.  I didn't really know what intarsia was until I hand knitted a hat as a Christmas present for my daughter.  I was having trouble getting the pattern to work and sent a picture to an experienced hand knitter friend.  She sent back "Oh you're doing intarsia you need to twist the yarns."  I looked up videos on what the heck I was supposed to do and it was simpler than I thought.

When I had a bag to do out of the same book as the above hat I thought why couldn't I do it on my knitting machine.  OH!  I have that intarsia carriage let's get it out and see how to use it.  Meanwhile, looking online at a YouTube video of a machine knitting pattern done by a Russian gal I came across a video of her using the intarsia carriage to knit my arch nemesis yarn Sashay.  I was quite excited that I recognized that it was an intarsia carriage and I gave myself a V-8 forehead slap, because why didn't I think of using it myself.  It made making a Filly Scarf on the knitting machine that much easier.  I had gotten it down to 2 hours.  Greatly faster and greatly less frustrating than doing it by hand.  If I could do it faster that would be even better as I had 3 skeins of that stuff left that I was very tempted to throw it in the trash.  Yes, it's aggravated me that much.  So much so that one skein was on my craft room floor.  Every time I saw it there I didn't think "Oh I should pick that up."  I thought, "Oh that's right where you belong."

Today with the intarsia carriage I made peace with Sashay.  In one hour I had knitted a Filly scarf easy. I found out the weight I used was too much.  Took it off when scarf was about 12 inches long and the weight of the scarf was plenty.  The needle set up was from the video.  I could easily hang the Sashay skipping every other hole with the needles that far a part. 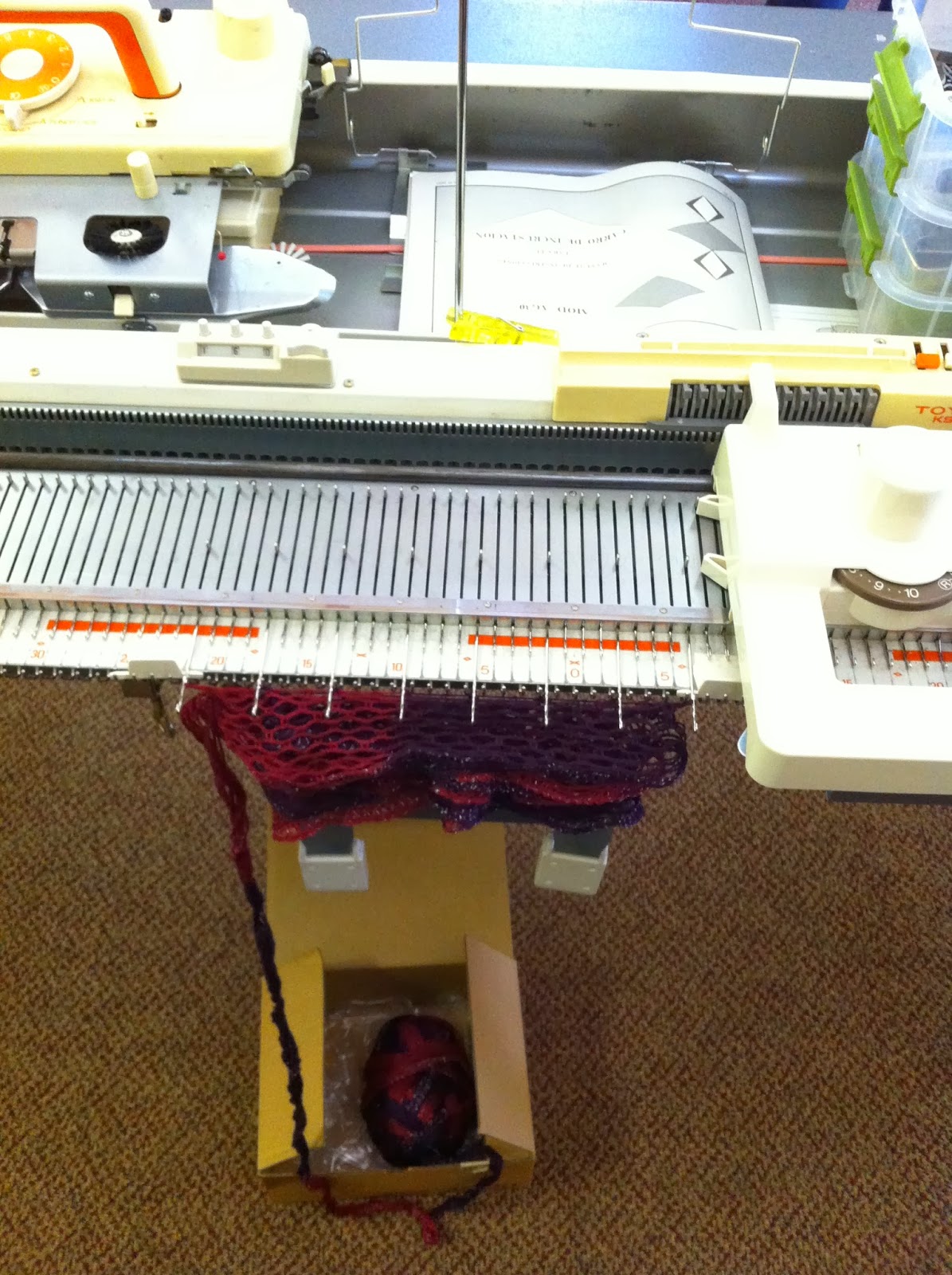 Can I refind the video on YouTube?  No!  It's in Russian, so I can't even search for it.  When I come across it again I'll post it.  It gave me such a wonderful idea.

Big thank you to my commenter Misha Moon for giving me the link to the youtube video:  Video Lesson "Curly" scarf. 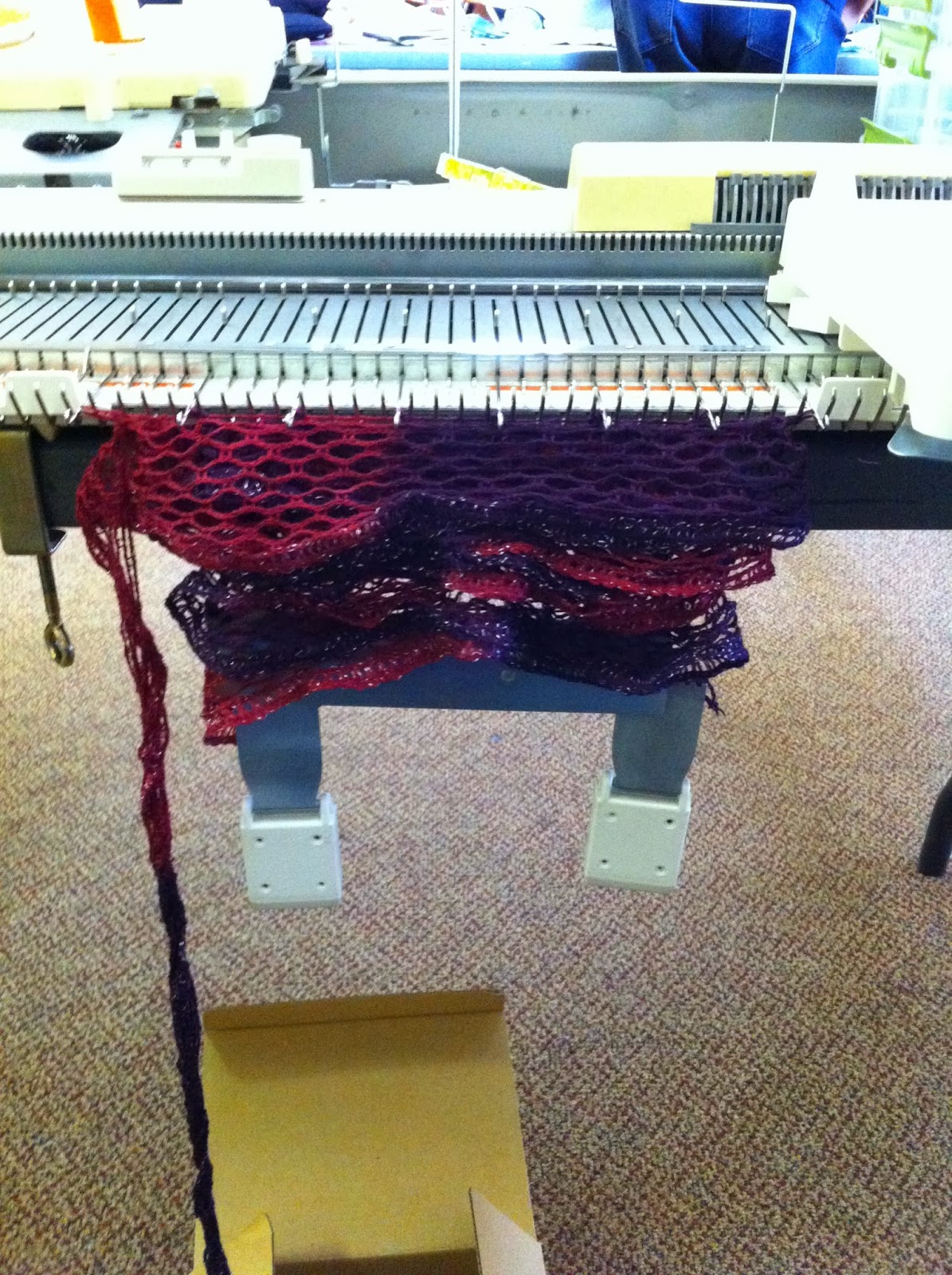