I was really pleased how this turned out.  The pattern look complicated, but it was easier to figure out than I thought.  I thought it should be made on a standard gauge machine.  It turned out kind of small, so I think I'll do another one on my bulky machine. 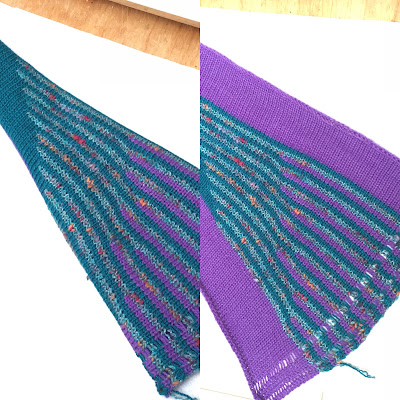 I made only one swatch.  It has purple scrap yarn on each end since I had a lot of it.  I had used a little for the smaller stripes.  I decided that I didn't like the purple stripes.  After talking to a machine knitting friend she said she didn't like the purple edging.  Since its the scrap this gave me the idea to to fold it under and look at just wedge.  It took the purple out of the "definitely no" zone. 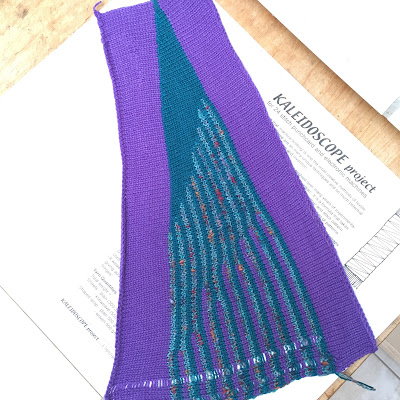 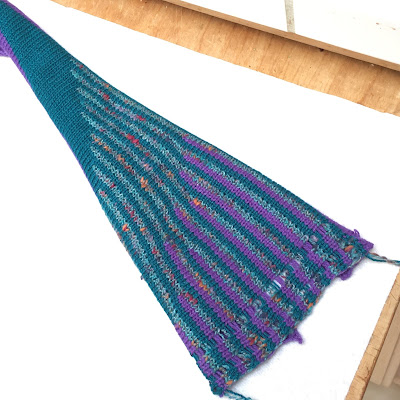