Yarn Bomb So Good It's Art

I did a yarn bomb a month ago.  I wanted to do something that was fun and in good taste.  Something my little town would enjoy.  I just did it so well people don't know it's a yarn bomb.

I asked my knitting friends to drive by and take a look at it.  They came by for our monthly machine knitting meeting and told me they didn't see it.  I thought how could they not see it.  It's a big round orange and smiling at you.  Finally, one of the gals asked, "I did see a smiling orange.  Did you do that?"  I said, "Yes."  She asked, "Really?!  It looks so official I thought the town put it up."  Then the other gals chimed in it looks so nice we thought it was official too.  We had no idea it was a yarn bomb.  So, my daughter says it's a yarn bomb fail.  I said, "Oh no it's a success if every one thinks it's so nice it belongs there."  My intention was for it to be a work of art all could enjoy and that's what they are doing. 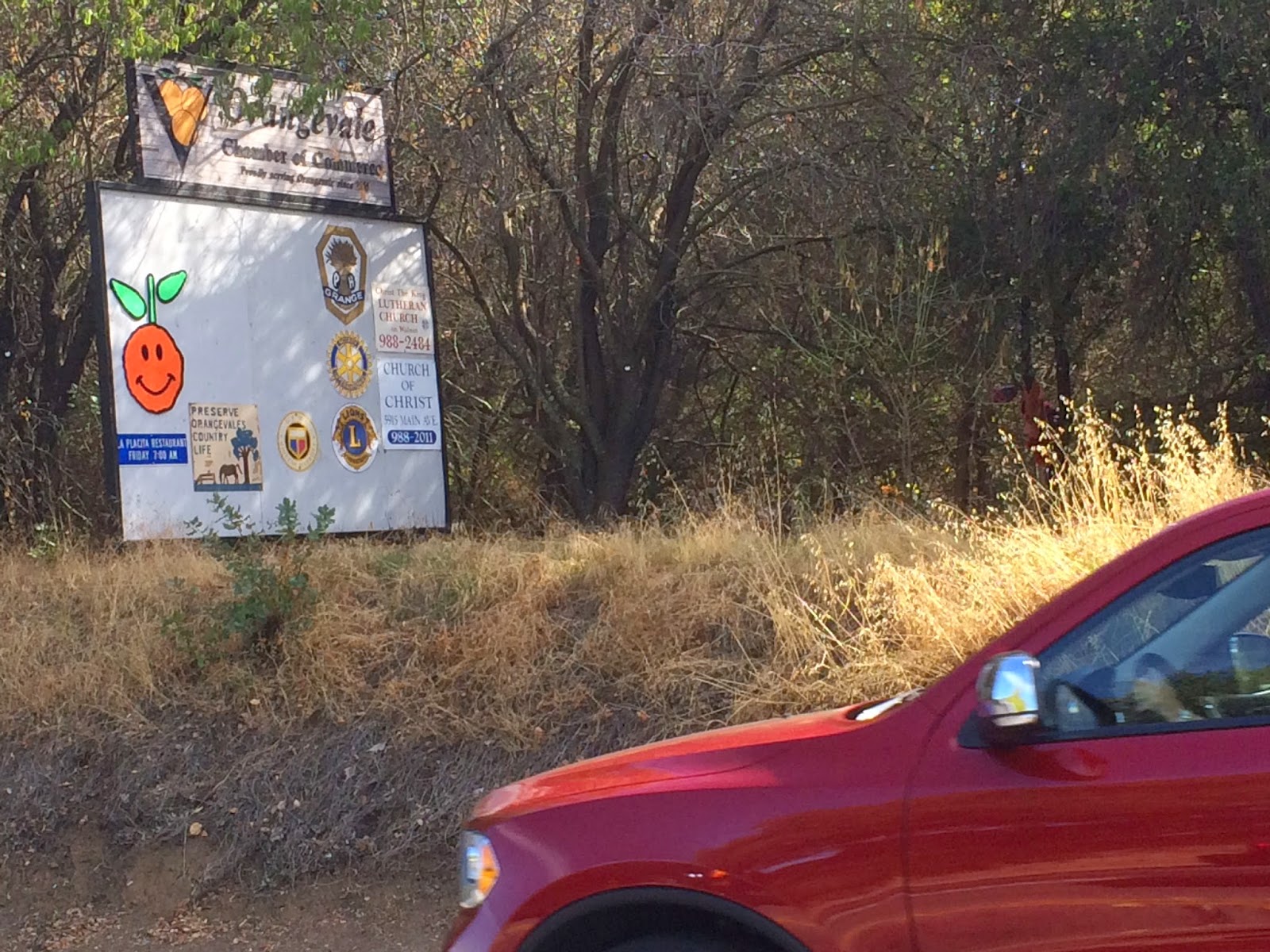 I used Diana Sullivan's baby blanket technique to do the orange.  All other pieces are crocheted.  I used reflective yarn.  It's kind of fun to see it light up at night when the head lights hit it. 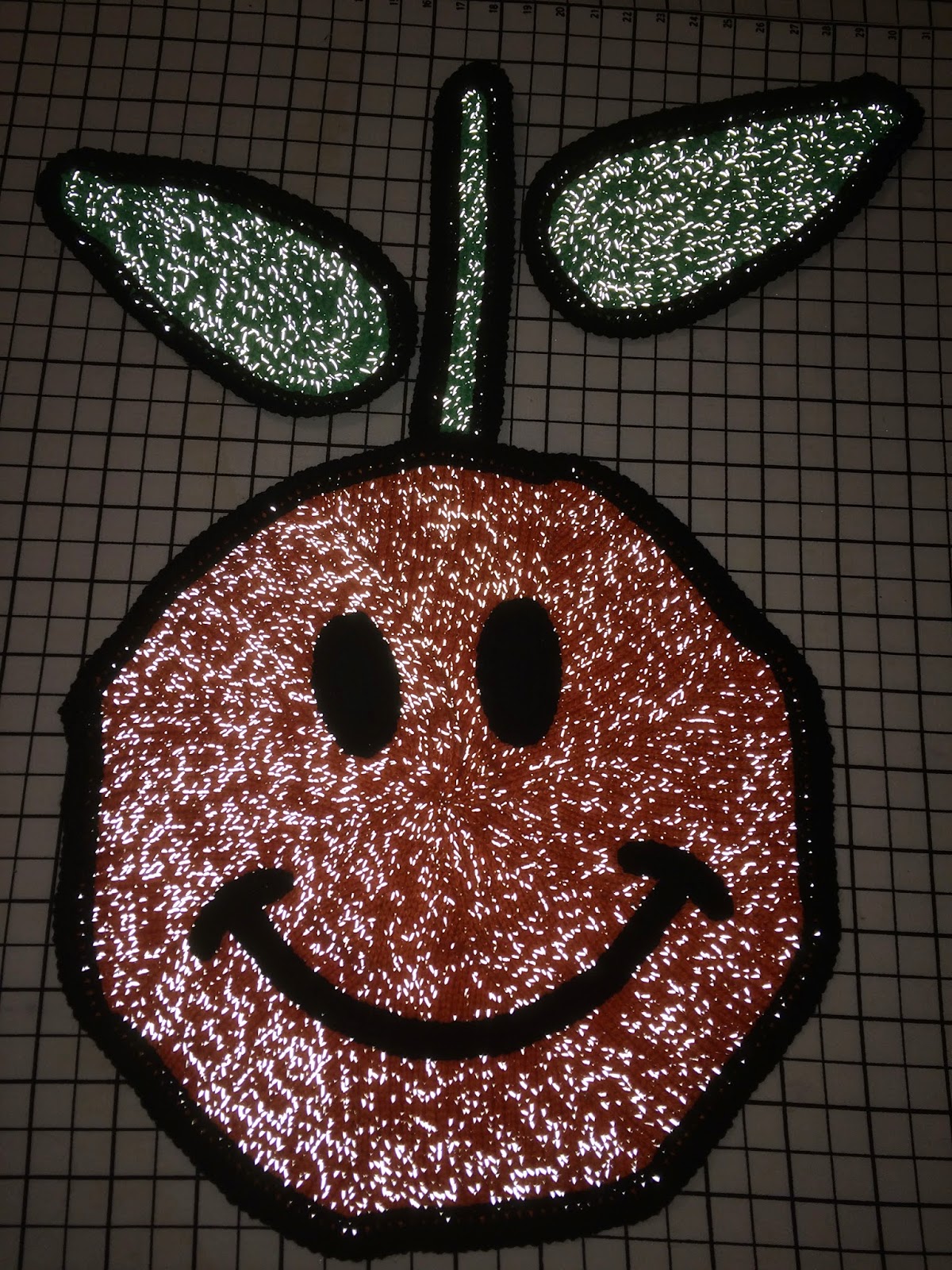