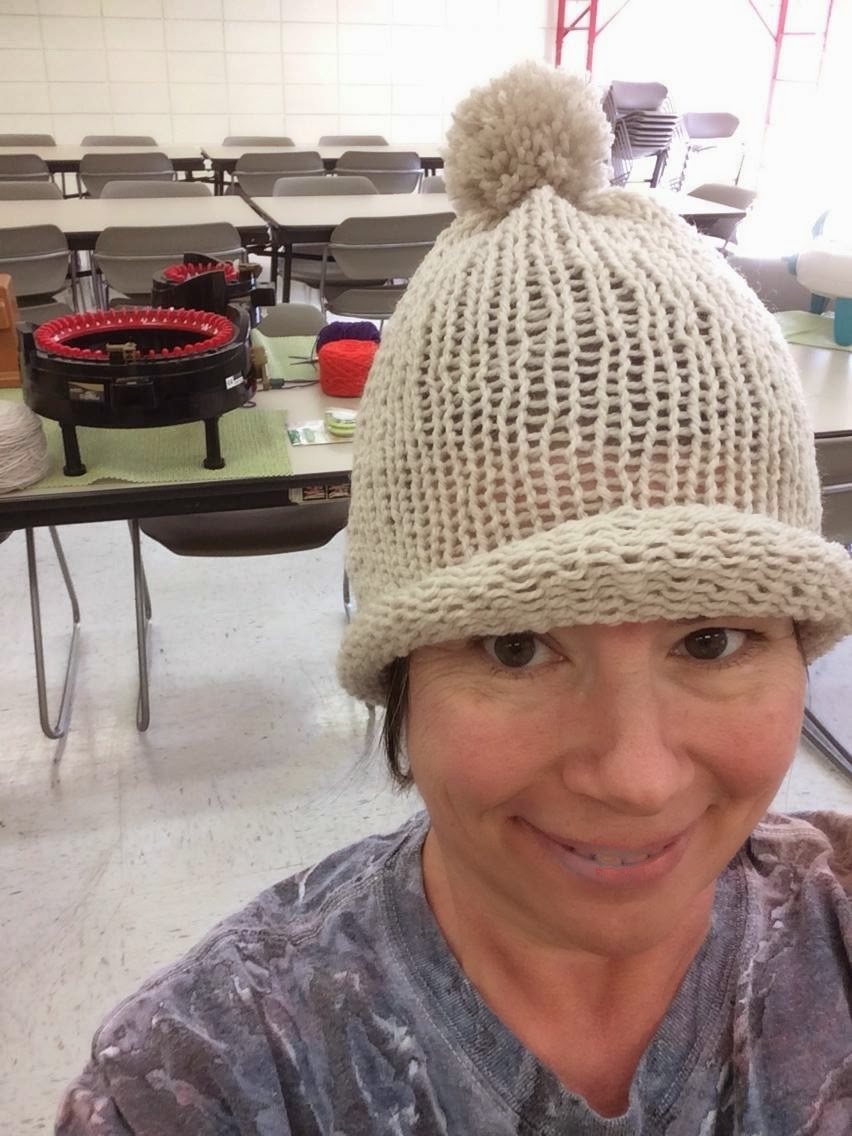 Sacramento Machine Knitting Guild member Hugh brought in his circular knitting machines at today's meeting.  He was there to teach anyone interested how to use one.  I have never used one and thought "Hey if he's going to haul all this equipment in I'm going to learn how to use it."  Such a nice thing he did.  I really enjoyed learning how to cast on, weave the end in as one goes and cast off.  He also brought in his pom pom maker if one was interested in topping off their hat.  Of course I wanted a pom pom!  Made this adorable hat with Hugh's help in less than 30 minutes.  He says he can knit 4 hats in an hour using the circular knitting machine seen behind me in above picture.