The scarf challenge my guild had back in October gave me a headache.  Not literally, but figuratively.  It seemed a simple enough technique, but choosing the correct yarn and plenty of it played a huge roll in being successful.  Both of which I didn't do the first time around.  Using my standard gauge Studio MOD.700 I chose a yarn that was too thick (DK) and I didn't have nearly enough of it.  This pattern you may knit about 20 rows, but you pick it up one maybe two stitches at a time and rehang it.  So it's 20 steps forward and 18 back.  It takes a long time to get a scarf long enough worth wearing.  My first attempt with the thicker yarn was very stiff and after using 4 small skeins made a scarf long enough to go from one ear around the back of my neck to the other ear.  So, disappointing. 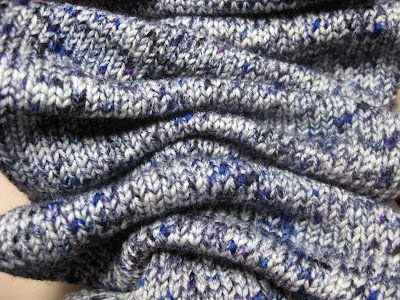 Since it was a challenge with my guild I didn't want to give up.  This time I chose a yarn on a cone and very thin.  It was a cone given to me for free.  I had no problem using it all up if I had too.  Off I went a knitting again.  It took me about 2 hours to finish a length that would be great to wear.

Here's where the non finishing began... now I have to steam it.  The edges on both sides were curled up into a big fat mess as far as I was concerned. 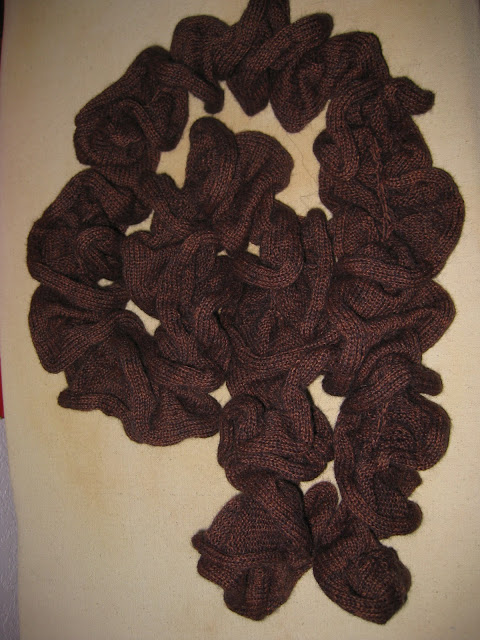 My fellow guild mate had done one and said just give it a light steam.  Ugh! is all I thought.  So, perfect project for this challenge.  I began steaming and it became clear lightly steaming was not going to do the trick.  I wanted to quit after a few minutes of fighting with it.  I needed to steam and iron the edges. 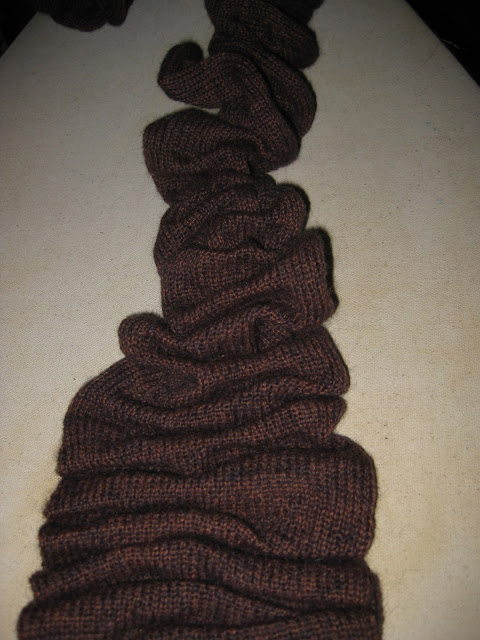 I began to see some progress and it was actually looking good.  It wasn't easy, but I got into a groove and had a system... a sort of pattern of steaming and ironing the edge and working it down my ironing board.  I kept fighting the urge to put it away for another day.  I knew that "another day" would never come.  It was now or never. 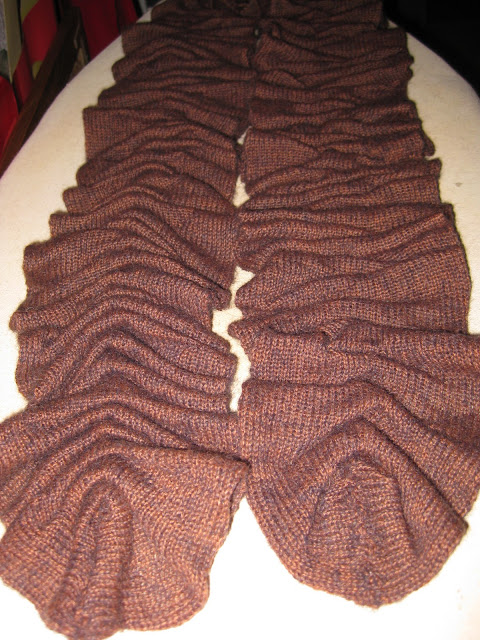 After about an hour of ironing and fussing with it I was quite pleased with how really beautiful it was. 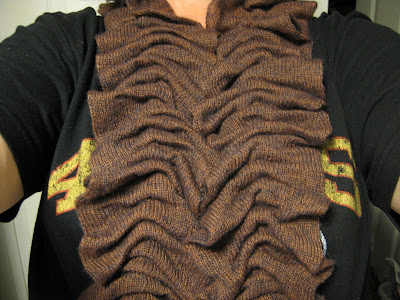 I finally had good thoughts about this scarf.  Thoughts of "I might actually wear this."  Here's a quick photo of it hanging around my neck.  When it's daylight I'll snap a photo of it around my daughter's neck to get the true beauty of this scarf.
Posted by Lynne at 1:32 PM